RealSimulator, enterprise specialized in high quality air simulation products, has recently
developed a new mod for the HOTAS Warthog: the FSSB R3 Warthog, which I had the
privilege to test during last weeks, and I can say it’s a marvel of the technique. A modification for the HOTAS Warthog that is really worth, if what we are looking for is absolute precision controlling the aircraft and of course mainly, for F-16 Falcon enthusiasts, though not only for them, not at all, as we’ll see later. 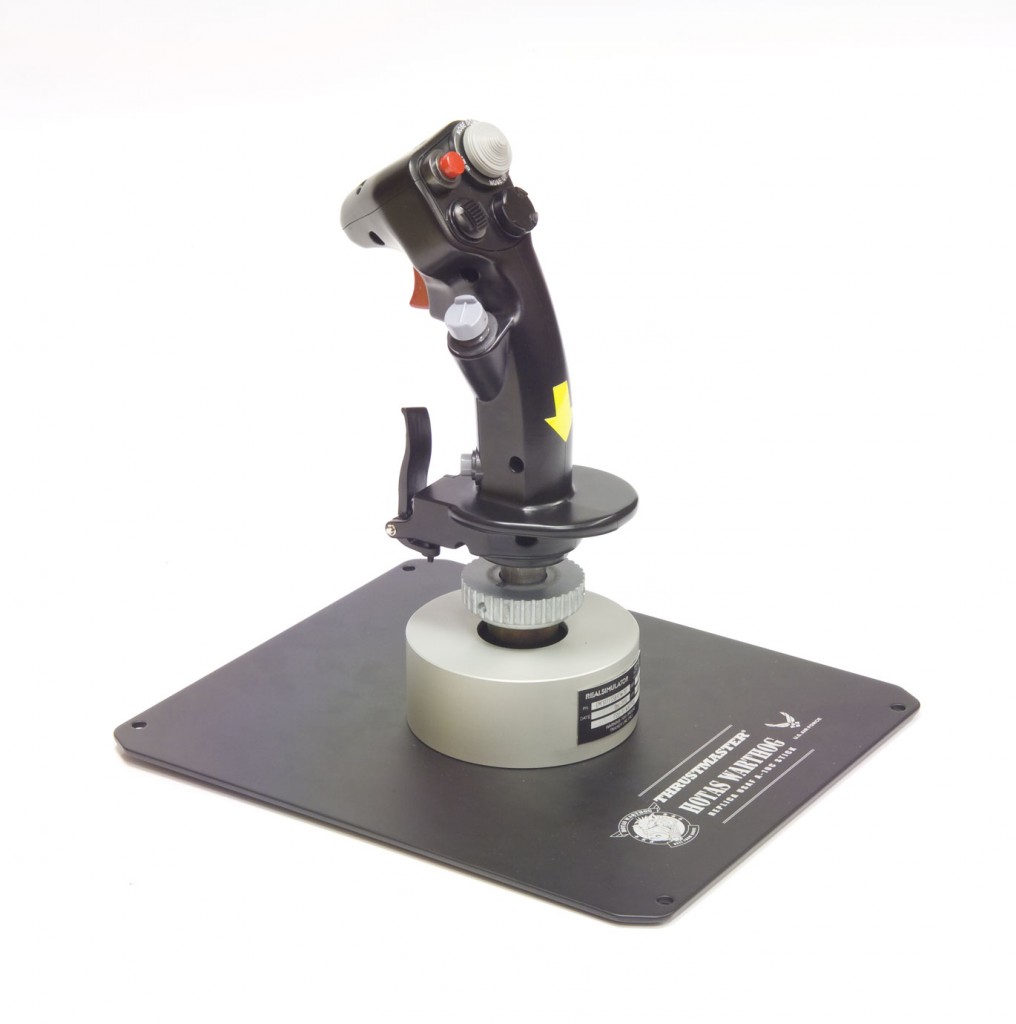 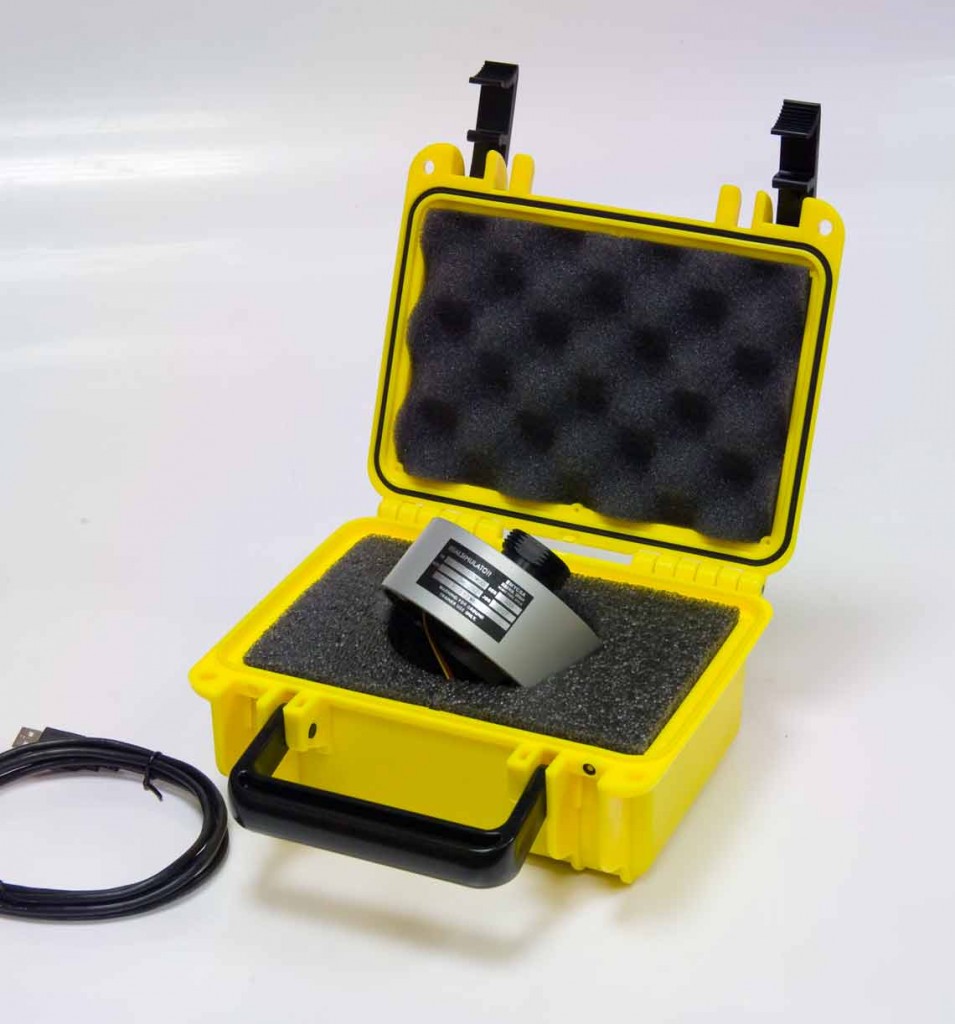 The FSSB R3 is a modification for HOTAS Warthog from Thrustmaster, this device
consists of a high quality force sensor that replaces the original mechanism,
and turns our Warthog into a force sensor stick, as it happens with the mods R1
and R2 Viper developed previously by RealSimulator. No more erratic mechanisms
and lots of precision, in fact all the precision you want, as well as many other advantages.

The base of our Warthog is exchanged with the R3 base that incorporates new
hardware, we also have the option to keep the original Warthog hardware, we’ll
see all this later; the stick will become fixed but with a small movement
similar to the one in the real F-16, providing us an unbeatable feeling,
surpassing the feel offered by R1 and R2 mods. 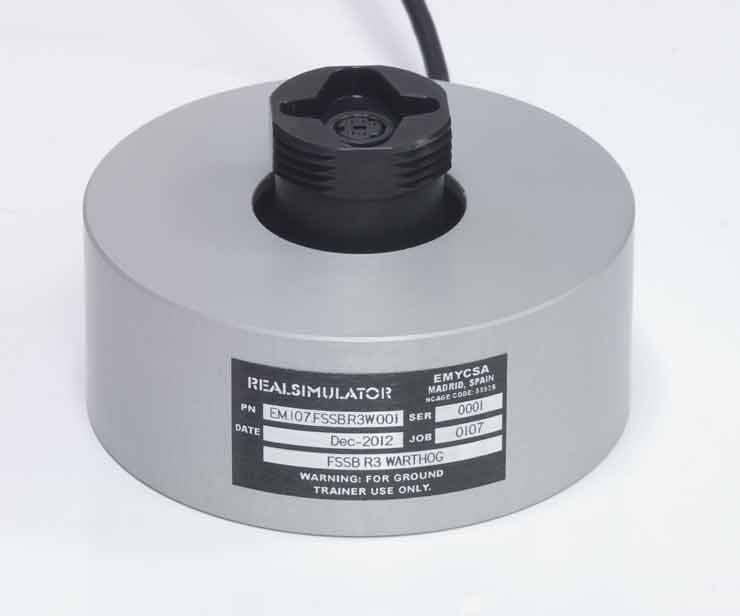 It’s very easy to install, it basically consists of unwinding the stick and unscrewing the base from the platform and exchanging the base for the new R3 module. RealSimulator also provides user friendly software to install the firmware.

As an option and in an easy way, the electronic board from our old HOTAS Warthog
can be added to the new base, this way we’ll keep all the Warthog programming options offered by Target software etc., since it will be recognized as a new device.

Therefore, we would have the following options: 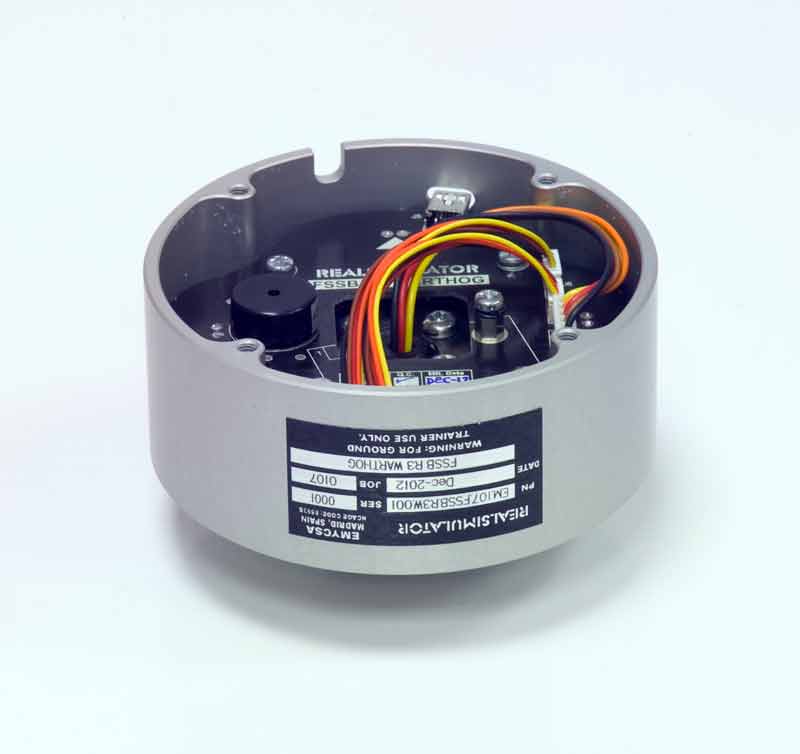 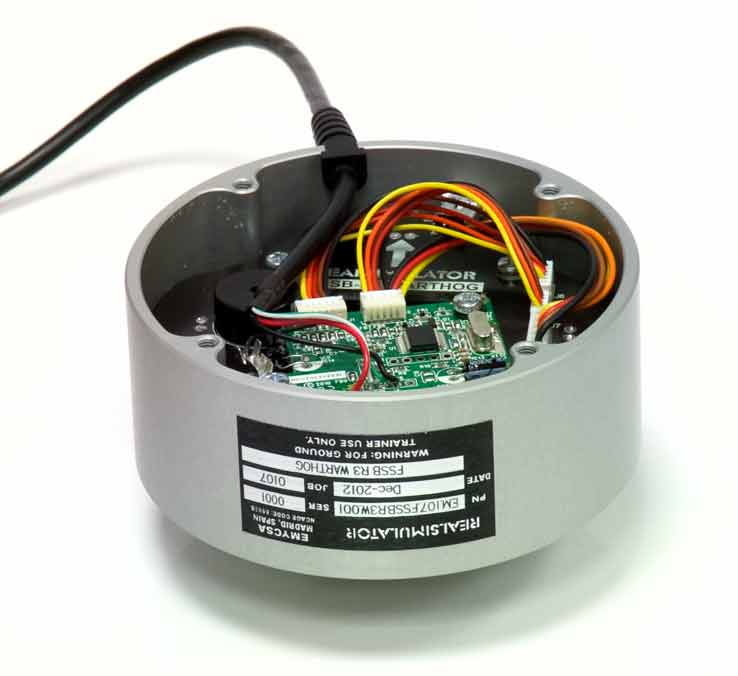 Nevertheless, the new module offers a wide range of configuration options, with multiple
combinations using the pinkie button or paddle to multiply each button functions, as well as each axis response curves. And all these can be done ¡on the fly! That is, by means of buttons combinations which by default are pinkie + paddle, or CMS push-button (if so configured) in combination with TMS, DMS, HAT or triggers 1 and 2, we can change for each axis (pitch and roll) either saturation (full scale control), or sensitivity or centering, all done in mid-flight. Also, the HAT can be configured to act as point of view (POV) or as trim, and there’s another function to revert to default configuration.

There will be several firmware files available depending on user demands. For example
for different types of aircrafts as modern jet fighters, propeller aircrafts, etc., even there is a specific one called Last Change Joystick that we can use when we have no throttle and no pedals and we only have the joystick at our disposal. It emulates the throttle, radar cursor, radar range, radar elevation and pedals using joystick buttons. 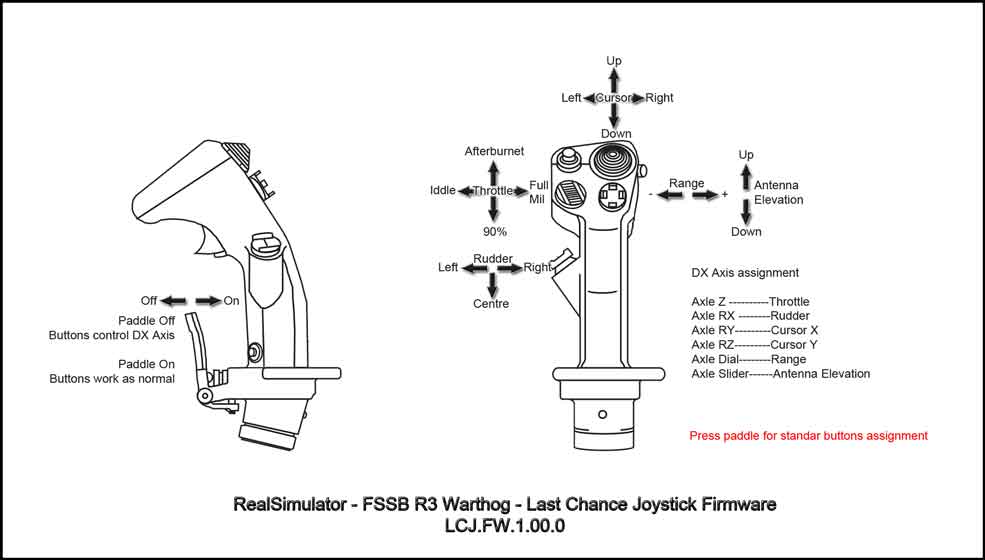 During the time I’ve being testing this mod, I have seen its versatility in any simulator, from a modern FBW fighter like the one simulated in Falcon 4 until a propeller airplane like the P-51D simulated in DCS, which has the most advanced flight model for a PC available today.

Regarding Falcon 4 there’s no doubt that this mod provides the user a realism level
without precedents, but it will also offer the possibility to adjust the sensitivity level to personal tastes to achieve a precise flight increasing the hardness of the stick, for example during a ground attack, or adjust a more “sensitive” response during a dogfight, avoiding so to exert excessive force for long periods of time.

By making several approaches and landings in Falcon 4 I have clearly understood the advantage of using a “hard” response instead of a “sensitive” one, making a much more stable approach with the first one in which I could appreciate the atmospheric turbulence, something that is much more difficult to distinguish with the second option, as the own pilot induced oscillation (PIO) masks the turbulence implemented in the simulator.

Being able to adjust the response “on the fly” can be very useful for rookie pilots, as they will be able to perform complex manoeuvres that usually require long training hours, ¡at the first attempt! In case of a more experienced pilot, it will facilitate him to become an ace pilot. An example can be a refuelling in DCS with the A-10C. The joysticks we usually use are too sensitive, as they have to be soft to be able to use them on a desk without sticking them, and their length use to be short, according also to their rather limited precision
potentiometers. During most part of the mission such joystick fulfils its task perfectly, but when the time comes to perform a refuelling is when a high precision joystick like the R3 is missed. Changing our R3 response in flight when getting close to the tanker, with a simple buttons combination, we’ll get to refuel without any problem. After testing it I can conclude that the easiness with which one can refuel with R3 increasing its hardness is something simply amazing, not to say miraculous. The same, or similar, happens with
formation flight that is much easier with a stick that provides high precision like this one.

We also have a great advantage with other DCS saga airplanes, like Flaming Cliffs 3 airplanes or the P-51D, as we can adjust the response curve for each one of them as we desire, making the flight in those airplanes easy and comfortable. The same can be said for the Ka-50 helicopter.

Finally, the configuration inside the simulator regarding buttons works perfectly and
it’s easy to use, no objections, as the FSSB R3 is recognized as any other device by Windows, in fact as several devices with multiple axes.

Without any doubt this is a great choice for Warthog users that wish to improve its performances, if they can afford to buy it of course.

The RealSimulator web page is www.realsimulator.com and all information regarding FSSB R3, including assembling and configuration videos and price, can be found in http://www.realsimulator.com/html/fssb_r3_warthog.html as well as in the forum which can be accessed from that link.